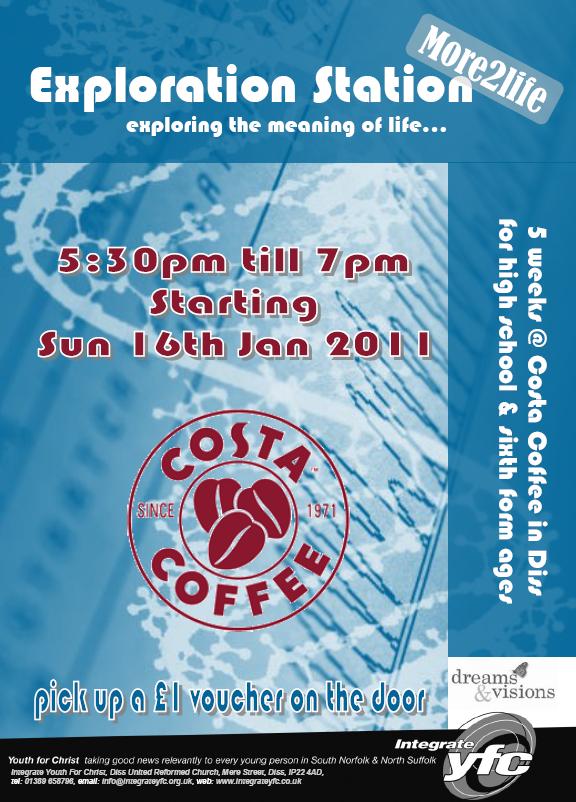 After the success of Exploration Station in Diss earlier this year, we will be running another course at Costa Coffee in January 2011. Starting on the 16th January, the course will run for 5 weeks from 5.30pm - 7pm on Sundays. With all the delicious Costa drinks and food available and £1 off your first order, and a great atmosphere, this is not to be missed!

Up to thirty young people attended the sessions run by Integrate YFC at Costa Coffee in Diss last spring. The project was funded by Dreams and Visions and was based on the Youth Alpha materials. Although there should have been ten sessions in total, the final session was cancelled due to Costa Coffee staff illness.
The sessions had a great atmosphere, starting with half an hour to get drinks or snacks and chill out with friends and youth leaders/older youth, followed by a short up front section with a roving mike and a chance to see video footage from the previous week and then a fifteen minute presentation from Roger Pye, former leader of a Christian camp (Snoccash) at Sizewell Hall and one of our IYFC trustees. The final half hour allowed the young people to have the opportunity to respond to the subject at different ‘stations’ - such as the ‘Booth of Truth’ where they were videoed giving answers to various questions relating to the topic - some more serious than others(!) - to be shown the following week. They could also visit ‘Speakers Corner’ if they had questions for the speaker, have random conversations designed to make them think at the ‘Conversation Station’ or post deep and meaningful questions (or not!) in the ‘Brain Box’ a selection of which were then answered at the beginning of the next session by a different ‘Brain’ each week. The final station was the ‘Creation Station’ where those that wanted to could respond more creatively with activities such as graffiti walls, play dough, scratch art and newspaper collage.
We have been impressed with how attentive the young people were and the depth of some of the questions they were asking. The success of the concept was also partly due to the number of youth volunteers who helped to run the sessions. Although there were lessons learnt (such as the best time of year to run a course such as this, as the numbers started to fall as the evenings became lighter!), most of the feedback from the course was very positive and we will be running another course in January 2011! 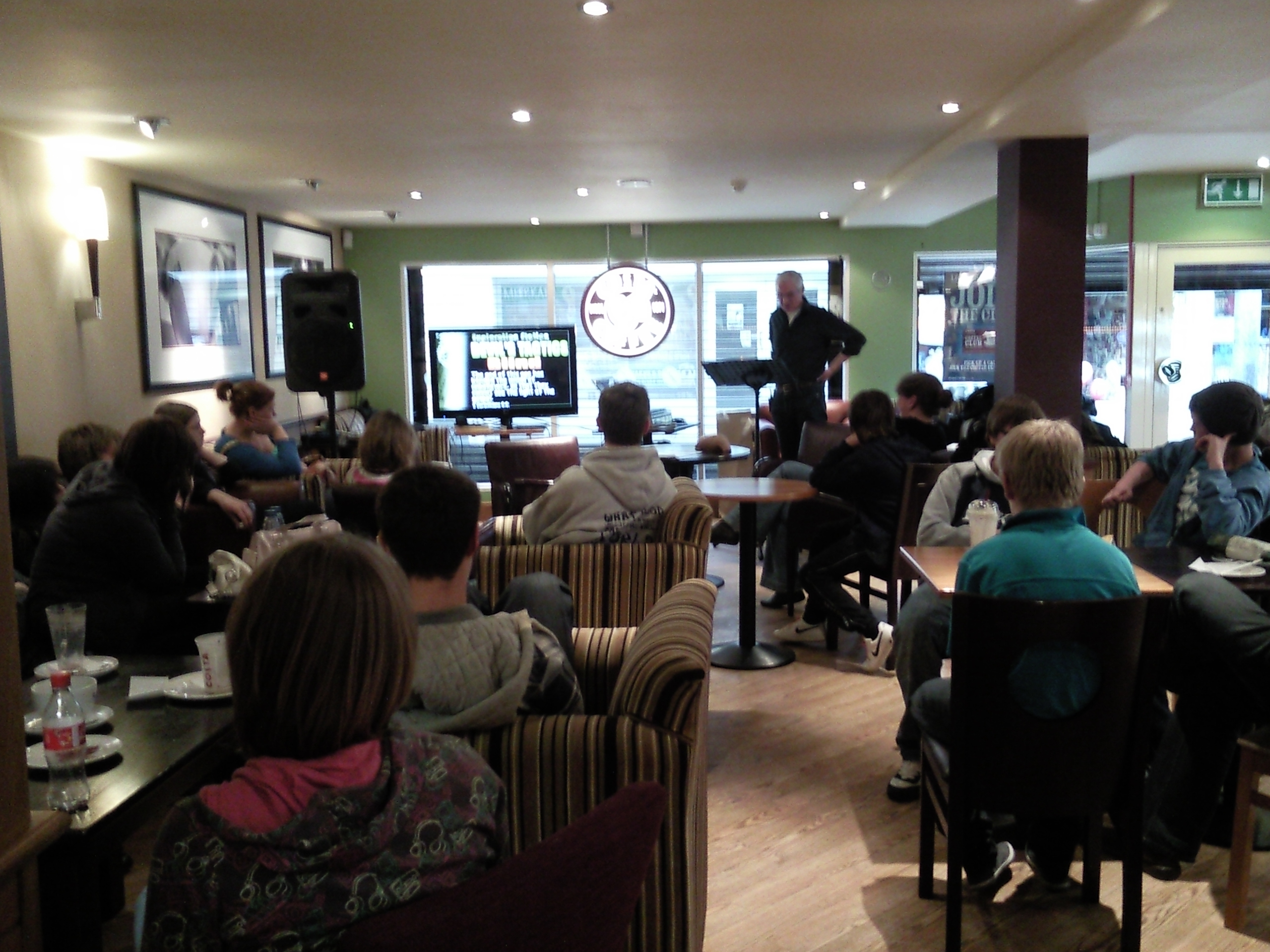 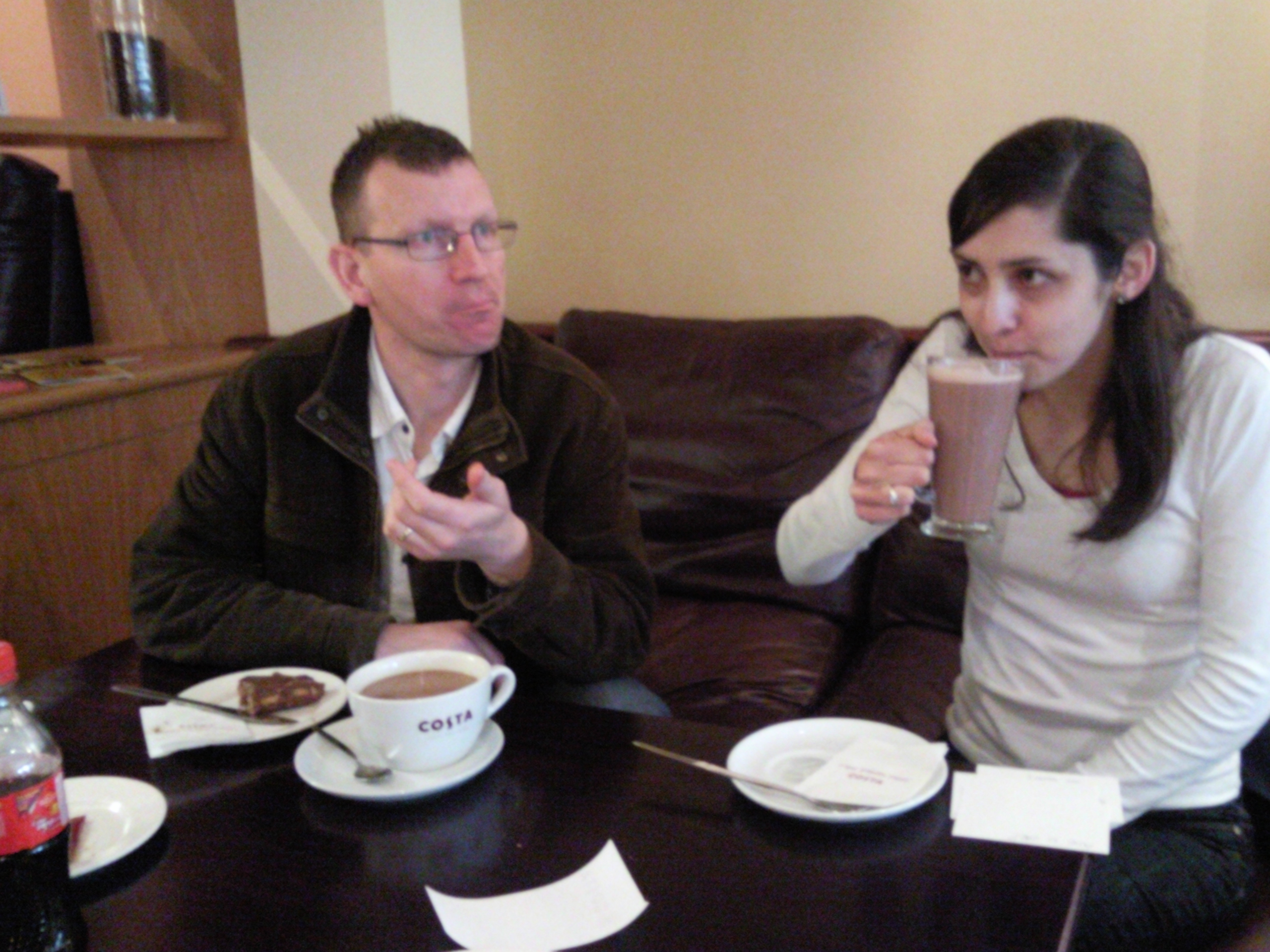