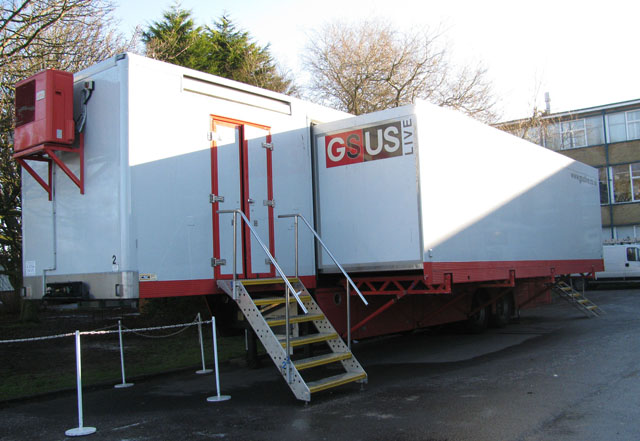 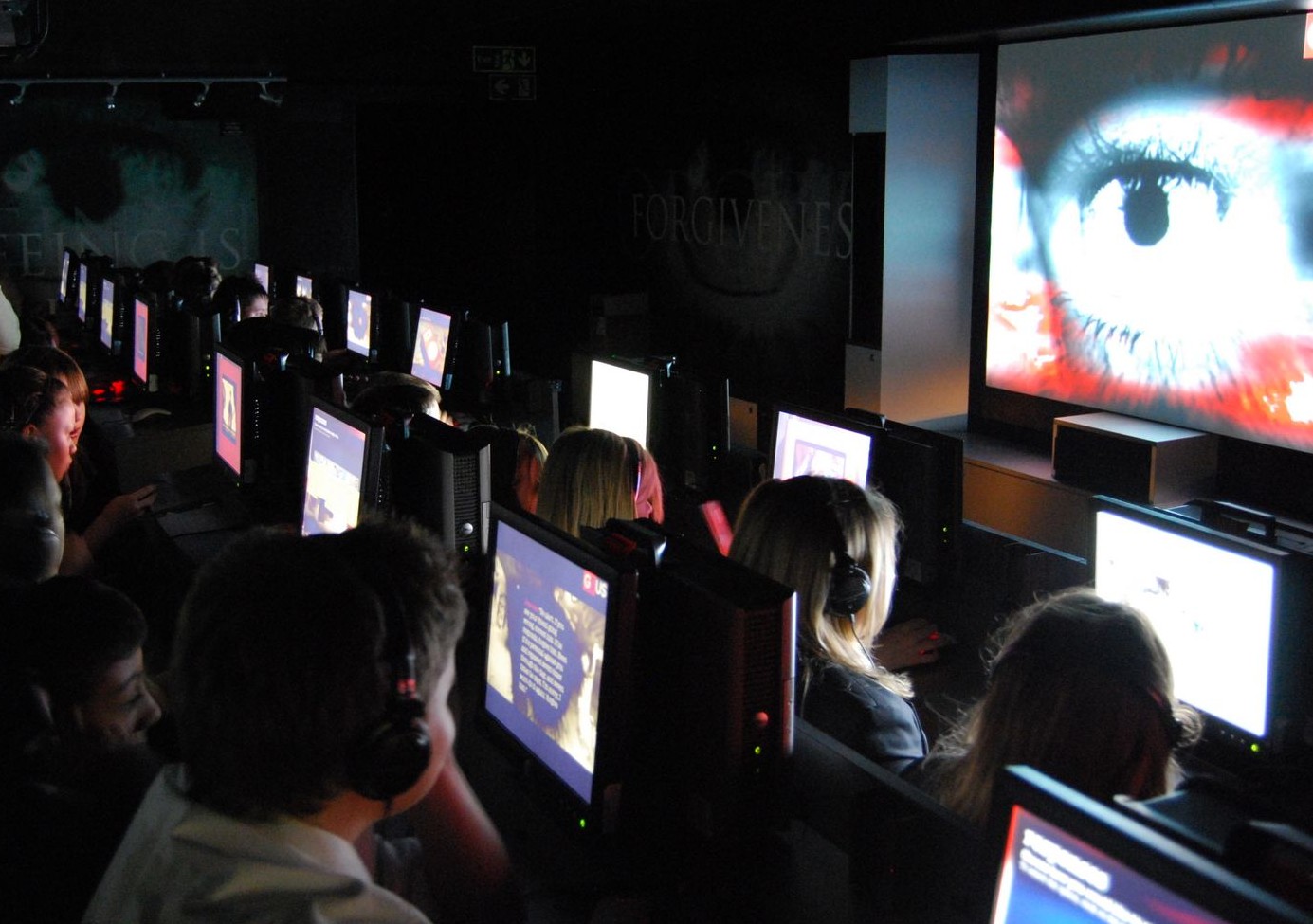 Integrate Youth for Christ have had the exciting opportunity over the past few weeks of bringing the GSUS Live trailer to local high schools.  Long Stratton High School were the first to experience the trailer, followed a week later by Old Buckenham High School. Finally, the trailer finished at Archbishop Sancroft High School. For those that haven’t encountered the trailer previously, GSUS Live is owned by the Counties charity and comes on the back of an Eddie Stobart cab.

Once delivered to the school it has a pod which comes out to nearly double the size and inside there is a high-tech mobile classroom, complete with computers that rise out of the desks at the touch of a button – amid many ‘ooohs’ and ‘ahhhs’ from pupils! Once the classroom is in place, Integrate YFC was then able to deliver an interactive lesson, with the help of local church volunteers in the first two high schools and went on to support a member of staff at Archbishop Sancroft High School, as she co-ordinated the week there.  The lesson looks at the themes of ‘Fear’, ‘Rejection’ and ‘Forgiveness’ and the Christian response to them, followed by a short presentation of the gospel in a nutshell! As part of the lesson, the young people choose a fictional young person dealing with one of the issues to correspond with via email, while looking at resources such as the Bible, Christian music and famous Christians to help form their answers.

The trailer has impressed nearly all that have encountered it – pupils and staff alike. The assistant head at one of the schools was so impressed he has given us an open invitation to bring other projects into the school in the future!

“We have had some great conversations with both young people and the staff in the schools and the experience was the talk of Banham Youth Café on the Friday evening after the Old Buckenham visit. Many young people also opted to come back for a second time in their lunch hour to follow a second character. There have been so many highlights throughout the weeks but, for me, the greatest ones were when the lessons finished early so we opened up a ‘Grill the Christian’ session. We had amazing questions from the young people, including ‘How and why did each of you become a Christian?’ – such an opportunity for the three of us on duty that day to share our testimonies!

We are extremely grateful to Counties for the use of the GSUS Live trailer and for all the volunteers who have enabled us to run these weeks in the schools.”

The trailer has impressed nearly all that have encountered it – pupils and staff alike. The assistant head at one of the schools was so impressed he has given us an open invitation to bring other projects into the school in the future!

We are always looking for volunteers to help us run events in schools, set up equipment and people to pray for the projects we do.

If you are interested in volunteering in any way, or supporting our work financially, please get in touch, This email address is being protected from spambots. You need JavaScript enabled to view it.